Factions in the time of Trajan and Hadrian

ROME: During the reign of Trajan (98-117 AD) the Roman Empire reached its highest territorial expansion. After having destroyed and conquered the Dacina Kingdom trough two... 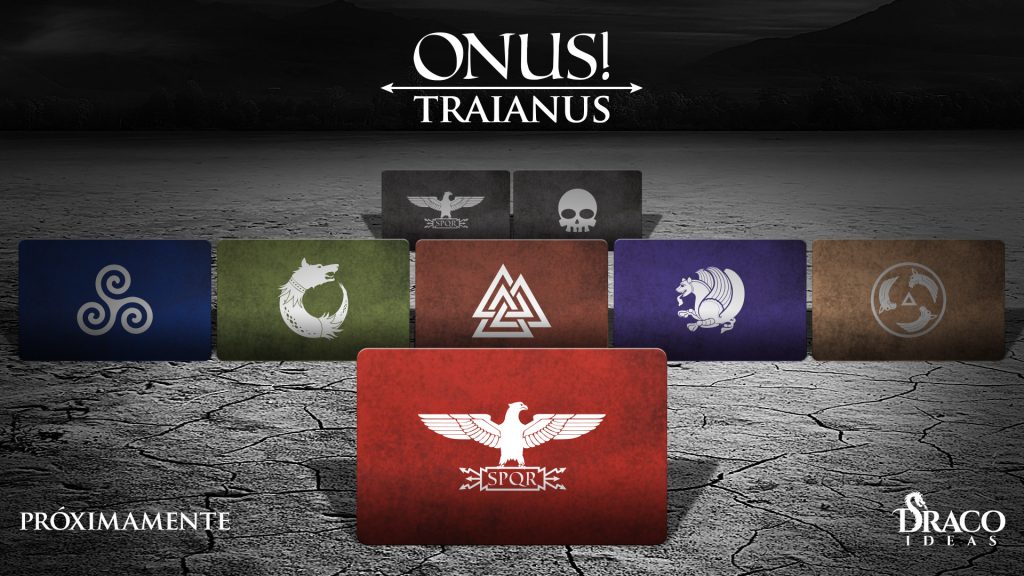 During the reign of Trajan (98-117 AD) the Roman Empire reached its highest territorial expansion. After having destroyed and conquered the Dacina Kingdom trough two successive conflicts (101-106 AD), overcoming in that process one of the greatest geopolitical challenges faced by Roman Power in Europe, the emperor gazed upon the East, secretly willing to follow the path of Alexander the Great. The pacific annexation of the vassal Nabataean Kingdom (106 AD) preceded the start of the invasion of the Parthian Empire. However, Trajan’s alexandrine dream will never be accomplished, suffocated under the weight of the reality of an stagnated, immeasurable and counter-productive conflict. More realistic than his predecessor, the new emperor, Hadrian (117-138 AD) resolved the war with the Parthians, consolidating Trajan’s achievements in other parts of the Empire until leading Rome to one of the highest peaks of its power.

Trapped in the North of Britain and Ireland, in Trajan’s Times the Celts had been very close of disappearing under the Roman Eagle’s shadow: in the second half of the First Century AD, the legate of Britain Julius Agricola was near to subdue to whole island, also having seriously projected to carry the operations to Ireland. Only the outbreak of the Dacian war in Europe, in 85 AD, prevented that his ambitious plans were accomplished. In 117 AD, when emperor Trajan was in his deathbed and the Roman legions were overwhelmed by the Parthian war and internal revolts, the Britain Celts tried to shake off the Roman yoke, in vain: the emperor Hadrian didn’t hesitate in restoring order, imposing a new statu quo clearly materialized in the wall that, crossing the island from end to end, will carry his name forever.

At the end of the First Century AD the Dacian State, leaded first by the ambitious king Diurpaneus (69-87 AD) and later by the cunning Decebalus (97-106 AD), extended its power and influence by the major part of Central and Eastern Europe North of the Danube, expecting to spread its domains, together with those of its allies, to the South, to the Roman provinces. Although it was about to end in success, those ambitions didn’t take long in pushing Dacia to the war with the Roman Empire, until unleash a sequence of conflicts that ended with its total defeat, destruction and conquest by Rome during Trajan’s Dacian wars (101-106 AD), changing forever the future historical development of Europe.

Even though in the bloody day of Teoutoburg forest’s battle (9 AD) they avoided their direct subjugation as Roman Caesars’ subjects, most tribes, federations and Germanic kingdoms turned in Empire’s clients throughout the First Century AD, with better or worse fortune. The consolidation of Dacian power to the East and the spread of its influence over Europe drove lots of Germanic peoples to give up Rome for a much more favorable alliance with the Dacian kings. Those processes would take them to perform a starring role in the Dacian wars fought by the emperors Domitian and Trajan from 85 to 106 AD. The Dacian defeat returned to the Roman orbit all those tribes that tried to abandon her, although also sowed the seed of bloodier conflicts to come.

Shaken by a new civil war between two rival sovereigns, at the dawn of the Second Century AD the Parthian Empire still was a strong Eastern superpower, able to self-defend against any external menace. During the Roman invasion leaded by the emperor Trajan in 114-117 AD it was clear that Rome would never be capable to extent its power beyond the fertile shores of Mesopotamia. The external aggression and the danger it represented drove the rival Parthian factions to give up their rivalries and to join forces against the invader with overwhelming determination. In 117 AD, king Khosrow I obtained from the emperor Hadrian a white peace and the restoration of prewar statu quo, safeguarding the Parthian Empire for a century more.

The powerful Sarmatian tribes were the indisputable masters of Eurasian steppes during the First and Second Centuries AD. Ones, as the Aorsi and the future Alan confederation, sealed alliances in terms of equality with Rome, helping it to spread its influence over the Black Sea in exchange of power, action freedom and support. Others, like the Roxolani, however, confronted the Empire’s power and, moreover, closed ranks with the Dacian State, adding their swords to Domitian’s and Trajan’s Dacian wars. Sarmatian kings like Susagus or Inismeus lay out their scepters over the Greek cities of the Black Sea and, joint to the Dacian king Decebalus, tried to expel the Roman power from the region. Their defeat at the hands of the legions was not easy, deserving by the devastating power of their cataphract cavalry a place of honor in History.