Stalingrad: Inferno on The Volga

The battle for the city 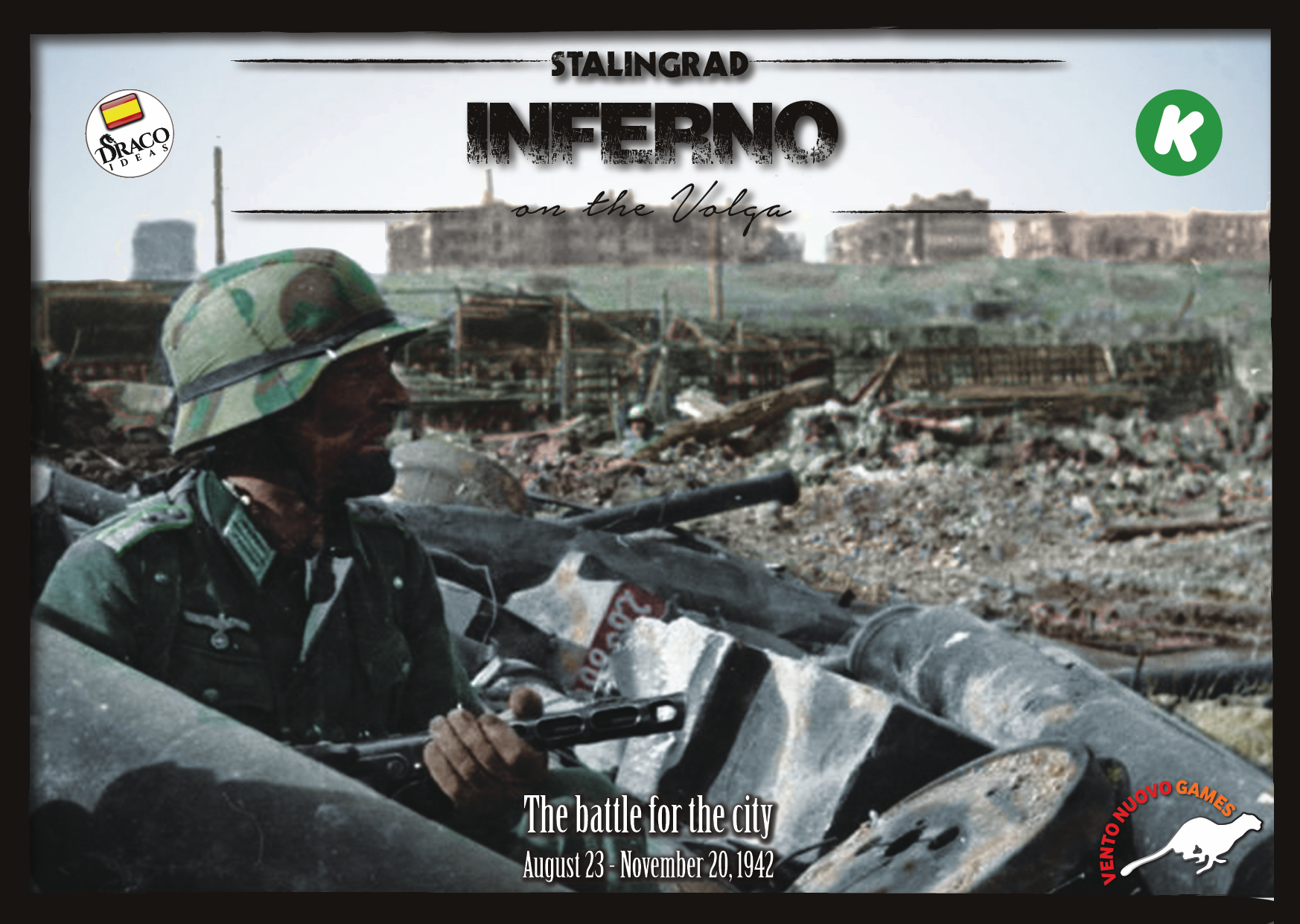 Stalingrad: Inferno on The Volga recreates one of the most bloody and epic battles of World War II, that took place from August 23rd to November 20th. Four different game modes are provided, including a complete solitaire system that challenges the player to overcome a tenacious Soviet (Al) defense.

The battle became a clash of wills between Hitler and Stalin, who each threw vast amounts of men and material into a deadly struggle the outcome of which helped bring about the defeat of the Third Reich.

The game is played on a stunning and highly detailed 84×60 cm (33″x24″) multicolored mapboard. Inferno’s map has been created from an assortment of contemporary air reconnaissance photographs. It depicts in vivid detail both the Stalin’s eponymous city itself as well as its outlying regions, just before the full fury of the German assault was about to be unleashed. From Latoshinka to Kuporosnoye, the map follows some 30km of the Volga, and extends to the west as far as Gumrak Airfield, Orlovka, and Aleksandrovka. The map scale is 1:33000, with hexes that represent 1.1 kilometers per each side.

Stickered blocks represent regiments for the Germans (along with some assault battalions) and brigades/divisions for the Soviets. The unit blocks act to provide both fog-of-war and the simple tracking of formation strength. Cards for both sides add further historical depth as well as the chance of the unforeseen affecting key moments in the battle.

A PACKAGE WITH FOUR DIFFERENT MODES OF PLAY:

The game takes 30 to 60 minutes to complete.