Mercenaries in the Punic Wars 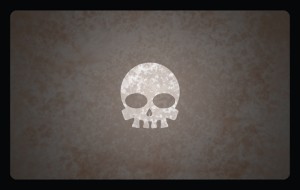 During the Punic Wars and, in general, during ancient ages, it was quite common to hire mercenaries with promises such as loots, alliances, wealth or similar agreements. Carthage did not have a lot of population and they needed to keep on hiring new mercenaries for its expansion and to be able to have a continuous supply of raw materials for the Republic.

Before the Second Punic War (218 b.C.-201 b.C.) Carthage began to spread out through the Iberian Peninsula due to the loss of their main resources suppliers. The losses of Sicily, Corsica and mainly Sardinia caused a lack of raw material for Carthage. Apart from that its main Army has difficulties as well, both for having blocked its way to Greece and Macedonia, and for its impossibility to hire mercenaries in Cisalpine Gaul, Narbonese Gaul and the whole Italy.

Hamilcar (Hannibal’s father), the most strengthened man after the war, discovers a new land. A virgin land, close enough to Carthage to become a supplier of basic resources for the Republic and far enough from Rome to avoid any interferences with them: The Iberian Peninsula, Spania in Phoenician language. Hamilcar hated Rome and spread this feeling through his sons Hannibal and Hasdrubal Barca. In the end this hate was the threshold for the Second Punic War.

Rome hired mercenaries as well, mainly from its allies in Gaul and later in time also in Hispania, where they recruited iberians and celtiberians, thanks to several agreements signed by the Scipio family.