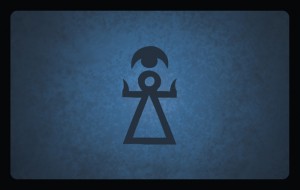 Carthaginians were merchant people and they didn´t like war at all, using it as a last minute recourse. Generals could be dismissed after a defeat and during the first years of the Republic of Carthage they could even be crucified. But during the second Punic War things changed and defeated officials were just dismissed.

Their armed forces were mainly: Navy and Army
The army had Carthaginian troops, allies and mercenaries.

Carthaginian troops. They included among their lines citizens that must do the military service in order to defend their own town in a case of a threat. The local recruitment became less important with time. Citizens usually paid taxes to avoid becoming soldiers and with this tax income Carthage recruited mercenaries. Local soldiers were used again during the battle of Zama and during the third Punic War.

Allies. Allies, like the well known numid cavalry, were soldiers that fought along with Carthage. They were supplied by their princes or countries and they remained trooped according to their nationalities. They fought according to their methods and mores. There were allies in Hispania, Gauls and Italics mainly.

Mercenaries. From the middle of the IV bc century and due to Magon’s military reform, mercenary soldiers fought among the Carthaginian troops. They became decisive in many battles and therefore the number of mercenaries increased. They were: Libyans, Ligurians, Corsicans, Etruscans, Greeks, Italics, Iberians and Gauls. They were not loyal to Carthage but to the general in the lead. They were recruited individually or by groups and they had a salary. Some of them fought during several years becoming very good soldiers.

The army had cavalry, infantry and engineers giving support during sieges and rivers crossing.