To get the gist of the activation of units and it´s order, let´s briefly review the previous two phases, Command and Initiative, which precede...

In this new entry, we would like to shed some light in regards with the 3rd phase of the turn, the Activation phase due to its weight in the War Storm Series.

To get the gist of the activation of units and it´s order, let´s briefly review the previous two phases, Command and Initiative, which precede the Activation phase in the game sequence.

During the Command phase, we will establish what platoons are within command range of its respective officer and we will place a marker on those units that are “Out-of-Command”, i.e. they may not be activated upon its officer order. 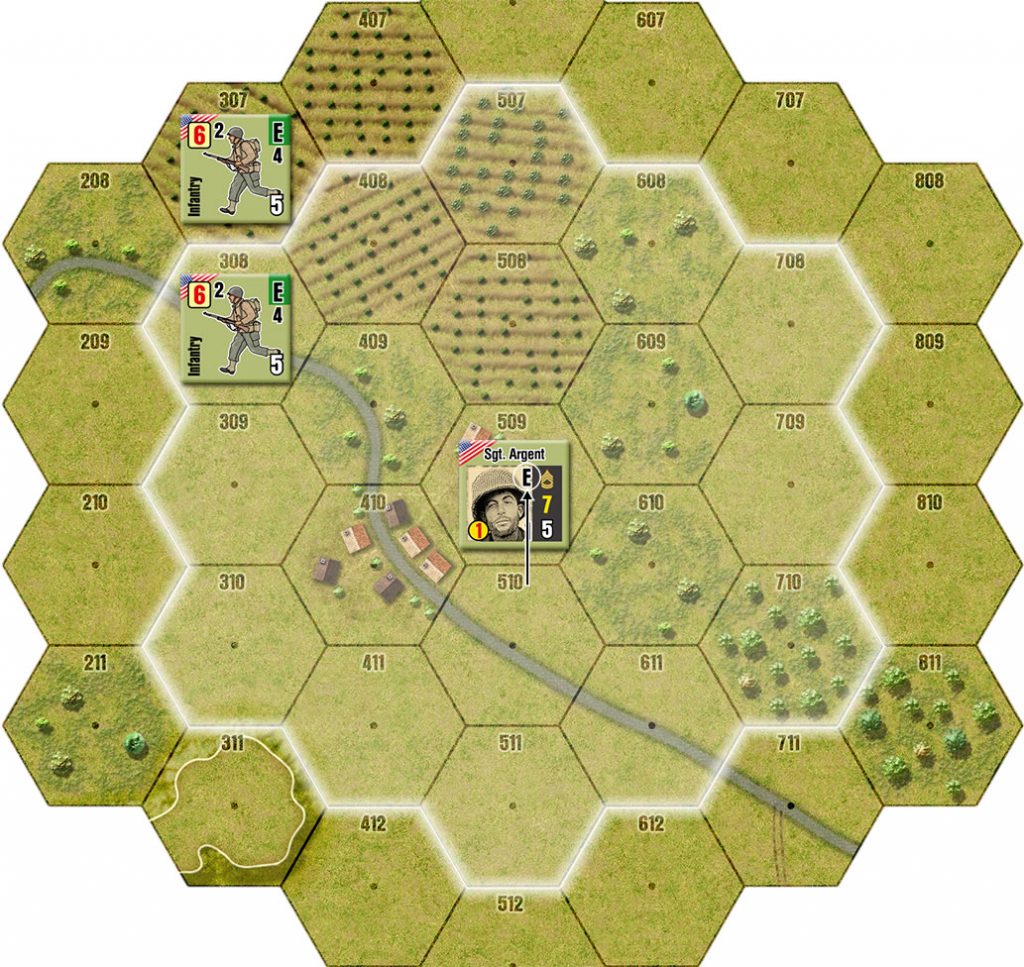 Command Range: the officer has a command range trait of 2. The farthest platoon neither will get the benefits of his leadership nor will be automatically active once you activate the officer.

In the Initiative phase, after applying some modifiers (the rulebook will provide more details on this topic), a side will be defined as the first player to start the Activation phase.

Without going into much detail about the modifiers that affect the dice roll, we want to give a note: to implement the “momentum” in the game, the player who had the initiative in the former turn, will get a +1 bonus to the initiative roll.

And after that, the action takes place. The player who won the initiative decides what company or platoons will perform actions during the turn: it may activate an officer and the platoons within his command range, or the player may try to activate an out-of-command platoon.

Once the orders have been issued, the units will carry out the actions and later, the attacks, assaults, units marked in reaction, etcetera. will be resolved. The turn then passes to the opponent, which in turn will activate his/her units to perform actions accordingly.

This mechanism alternates between players, developing a “WE GO” system that genuinely reflects the turning points of a real battle, reducing the time between turns and creating an agile atmosphere that keeps you in tension throughout the game.

We will delve into the different types of actions in another entry, but we want to emphasize that not all the sections that are activated at once must perform the same action: for instance, by activating an officer and his/her three platoons within command range, one may lead a firefight against enemy units; the officer may move along with another of the platoons trying to look for a more favorable spot while the third one may stay marked as in “reaction” to open fire a posteriori, if the opportunity shows up.

A wide range of options that improves the immersion and that turns the War Storm Series into an extremely realist wargame.